In 1977, NASA launched two spacecraft that would venture far out into deep space, each carrying a golden record with a message from Earth for any aliens the vessels might encounter. Now, for the first time ever, that record will be available to people on Earth.

A new Kickstarter campaign is making copies of that golden record available to the public. Other than the two copies on NASA's twin Voyager spacecraft, only 10 copies exist, most of which are on display in NASA facilities. Even Carl Sagan, who led the golden record project, could not get his hands on a copy. 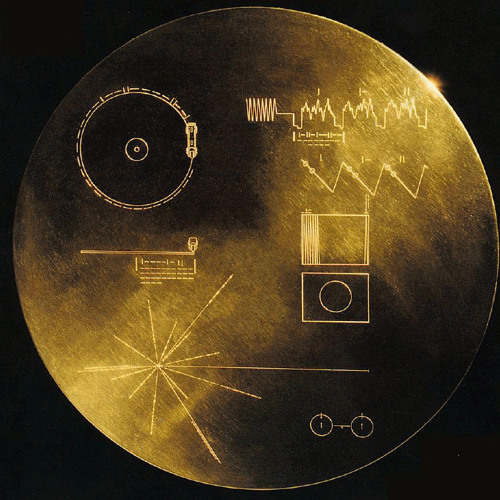 But now, David Pescovitz from the website Boing Boing and Institute for the Future, Timothy Daly of Amoeba Music, and designer Lawrence Azerrad have come together to create near-exact replicas of the gold-plated phonograph records to celebrate the 40th anniversary of the Voyager launches. Reserving a copy of the golden record costs $98, but the campaign also offers smaller, Voyager-themed gifts for smaller donations of $10 and up. 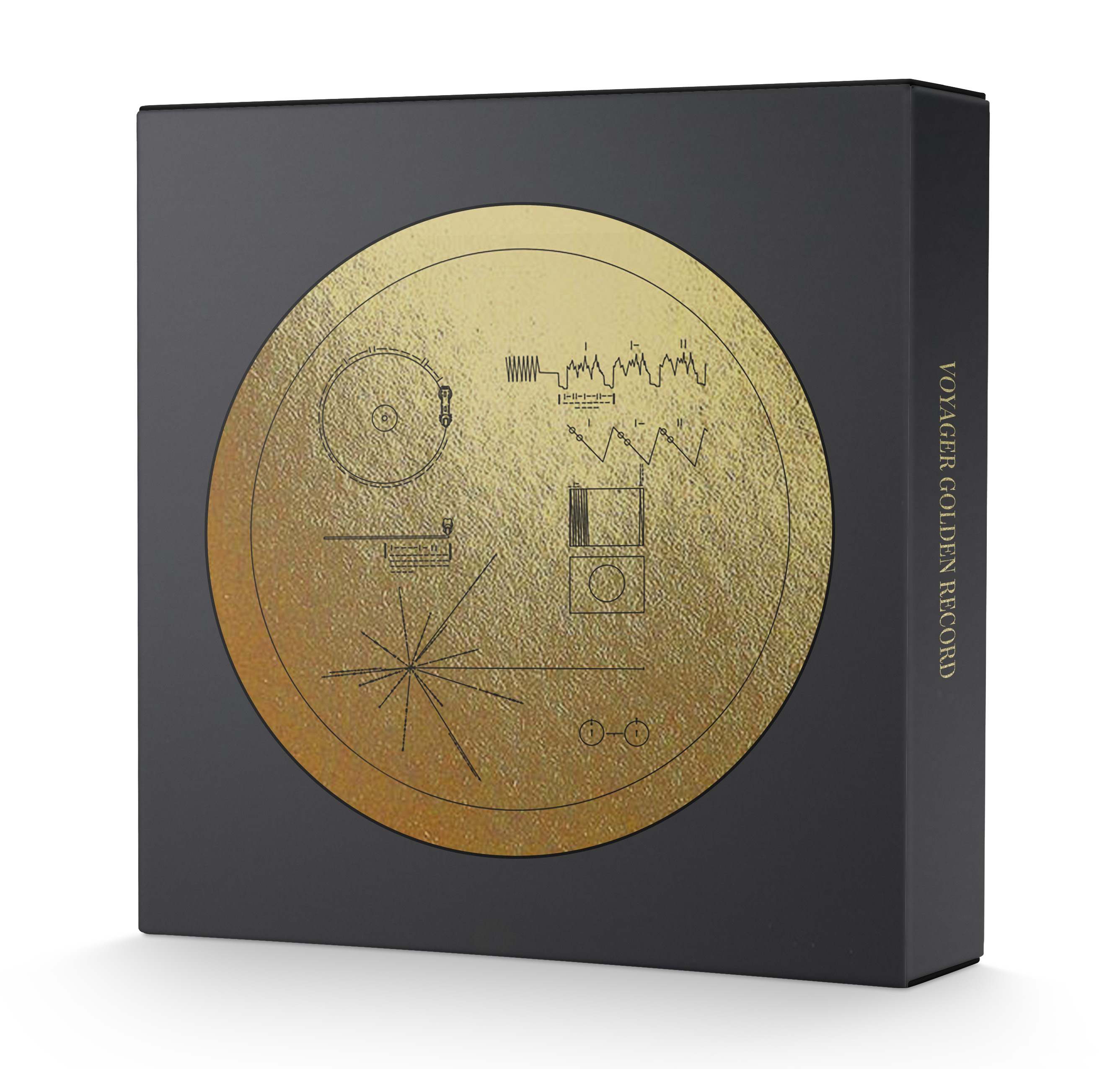 A $98 box includes three translucent gold vinyl LPs, a hardbound book, a digital download card for all the audio and a lithograph of the iconic Voyager Golden Record cover diagram. The original gold-plated copper records contain sounds and images that represent the human race and explain the spacecraft's Earthly origin. They feature 27 tracks of music from around the world, with artists ranging from Beethoven to Chuck Berry. The audio includes greetings in 55 different languages and natural sounds like thunderstorms, erupting volcanoes, crashing ocean waves, a crying baby and several animal calls.

The Voyager Golden Record: 40th Anniversary Edition Kickstarter campaign is accepting contributions until Oct. 20, and the records are expected to ship in August 2017. So far, the record has been a hit, as the project has raised almost four times its initial goal of $198,000.

CARL SAGAN’S VOYAGER Golden Record may be the most limited release album of all time. It’s certainly the most well-traveled. The iconic record, which NASA developed to represent humankind to alien civilizations, was printed onto gold-plated copper and launched into space aboard Voyager 1 back in 1977. Today, it’s nearly 13 billion miles away from Earth. A second record is on a similar trajectory aboard Voyager 2. There are ten more on display at various NASA institutions. But that’s it. Apparently, even Sagan, who chaired the committee that created the record, couldn’t get a copy. The record was never made available to the general public.

Until now, thanks to a Kickstarter-funded reissue of the historic album. In a stunning recreation of the original, David Pescovitz, a research director at Institute for the Future and co-editor of Boing Boing, teamed up with Timothy Daly, a manager at Amoeba Music in San Francisco, and Lawrence Azerrad, a graphic designer who has created album packages for Wilco, Miles Davis, and Sting to produce a 40th Anniversary edition vinyl box set of the Voyager Golden Record.

Pescovitz’s grad school advisor, science writer Timothy Ferris, produced the original Golden Record, and will be in the recording studio for the remastering. To get ready for that, Pescovitz has been tracking down licensing and obtaining the rights to all the original audio, which includes everything from Bach to Chuck Berry, a Navajo Night chant to whale vocalizations, and greetings in 55 languages.

The updated version will set you back $98. It’ll feature a normal playback speed, so you can get through it all in the span of a dinner party (as opposed to the painfully slow, 16 ⅔ revolutions per minute speed of the original). And you won’t need any special equipment to play it; the record is made of pressed, translucent gold-colored vinyl. The idea for the material was Daly’s—he liked the way it embodies the look of the original but with a more modern aesthetic, and without compromising on sound quality.

“We really wanted it to be something that people engage with and discover over and over,” Azerrad says. “Not just a piece that goes on somebody’s shelf and never gets touched again.” The records will be housed in a black cloth-covered box with gold foil inlay and will be accompanied by a hardbound book about the project’s history as well as a gold-printed lithograph and digital download access code.

The thinking on the original was so genius that who am I to change anything about it, you know?LAWRENCE AZERRAD

For Azerrad, the creative process for this project was a real departure from his usual album packaging work, because he was acting more as a curator than a designer. “The thinking on the original was so genius that who am I to change anything about it, you know?” he said. “It’d be like listening to Mozart and saying, ‘Oh I think that bridge was a little fast.’ This is an awesome snapshot of who we are as the human race, and we want all of that to just sing and be as pure as possible.”

Their vision is clearly resonating with people; the Kickstarter campaign met its funding goal in just two days, and Azerrad said it sparked a flurry of interest in tattoos of the pictograms. He’s very curious what younger generations make of the Voyager project—at once a product of its time and the utopian thinking of the ’70s and yet so universal in its aesthetic appeal. “It’s interesting how the original creators made a conscious decision to leave off images of war and strife,” Azerrad says. “They wanted to communicate the best part of us. And I think we’re still doing that today. With Instagram and Snapchat we always delete the bad ones and just put the best ones out there. So in a way, it’s kind of like the ultimate selfie of humankind.”

Voyager 1, our 13 billion mile-long selfie stick, may never get the Golden Record into the hands of aliens from a far-off galaxy. But at least now, that doesn’t mean that no one will ever get to hear it.