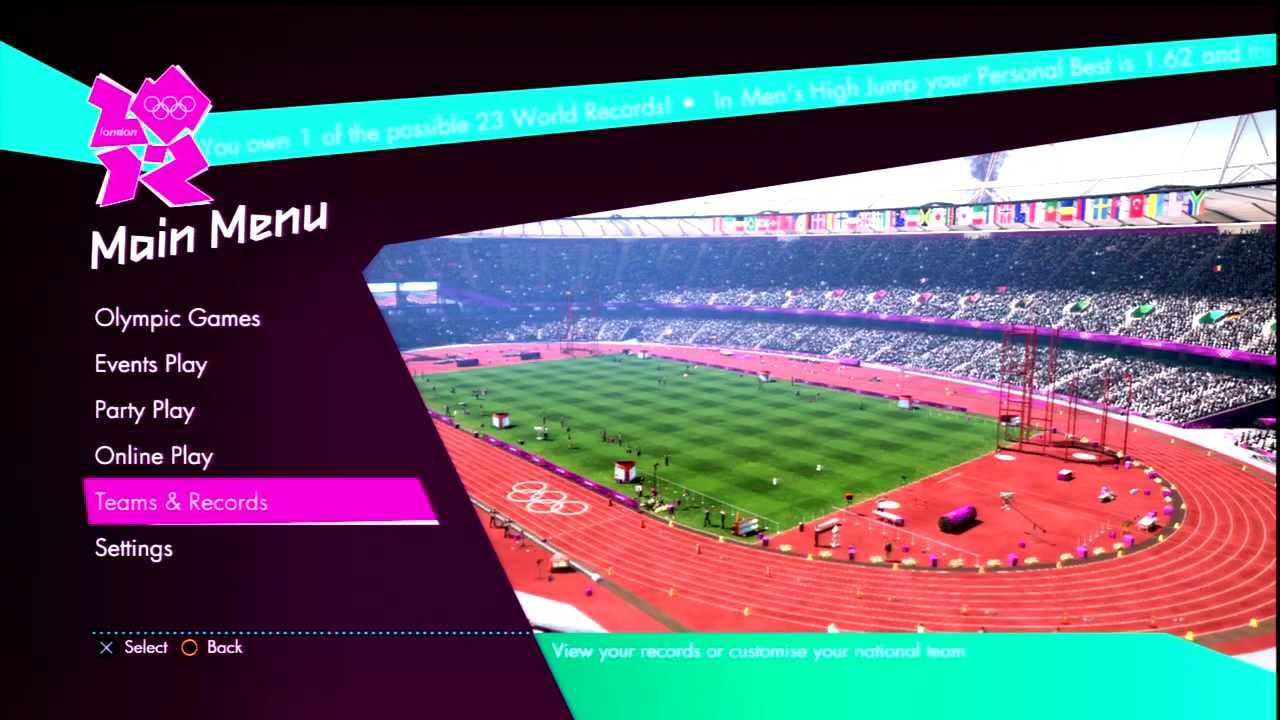 London 2012: The Official Video Game is a sports themed game that covers about what you would expect. The game features 40 of the sports shown in the real thing, in the exact locations they were held. If you want to have a look at what the stadium looked at without going to London, this game will take you there.Overall this is one of the better Olympic sports games out there, but that’s not saying much—in the past sports games that cover a wide variety of sports have been notoriously poor. With that in mind, let’s take a deeper look at this particular game.

The Olympic Games are back, and this time it's your chance for glory! Whether you play with friends, family, or go for gold on the global leaderboards, this is a party game that anyone can pick up and enjoy! Prepare to unleash the competitor within as you create your athlete, customize their skills and pick the perfect costume.

A new take on running

London 2012: The Official Video Game avoids being a complete button masher by making a few changes to the running feature, as well as similar sports. Rather than how fast you press the buttons defining speed, keeping a steady pace is more important. If you go too fast you will exceed the amount of stamina you have available and slow down. If you go too slowly, of course, other people will be faster than you.

This makes running a little bit trickier than simply hitting the button mindlessly. The added stamina feature makes sense in most of the racing, but for some reason is still included in the sprint. With sprinting, stamina really isn’t a big feature, it’s all about speed. It would have made more sense for this to focus entirely on speed in this one event.

Like other Olympic spin-offs such as Olympic Games Tokyo 2020: The official video game, there is a huge variance in quality for each sport. This is because the developers can’t possibly give the same attention and detail to every mini game when there are so many of them.

Because of this, some of the games are fantastic to play, and others are rather forgettable. Gymanstics and diving were particularly bad, while aiming games such as archery were surprisingly good.All together it’s a mixed bag, but this is really common with sports games that involve many different sports instead of simply focusing on one.

London 2012: The Official Video Game isn’t a bad game, but it’s not the best either. It lacks the polish of similar games like Rare's Kinect Sports, yet still manages to have some entertainment value.

If you enjoy sports games or just want to have a peak at what the 2012 Olympics looked like, this game may be worth purchasing. If you were expecting to be blown away by the experience however, you may be disappointed.