The 80s and 90s are considered epic decades in the Hindi film industry. The decades steered Indian cinema, Bollywood in particular in a new direction. Big budgets became a norm and song and dance in movies became a religion of sorts among masses. The Bollywood music industry has churned out a number of hits since its early days. Here’s a showcase of the best Bollywood songs of the 80s and 90s.

When we talk about glitz and glamour in Bollywood a lot comes to mind. Presently, Bollywood is known globally for its unique blend of fashion and style in films. The glam quotient came about in movies in the 80s and 90s and ever since Bollywood has gone onto become a hub for movies, style and fashion. With the dawn of the 80s came a fresh brigade of films that showcased actors and actresses in a scintillating new style.

The song and dance routines which had always been popular in Hindi films became even bigger in the 80s and 90s. The trend of songs for movies being shot in foreign locations got huge in the 80s and 90s. While Bollywood in the 80s has been criticized for its portrayal of sleaze, it is also true that the decade paved the way for new genres in Hindi cinema.
The 80s and 90s marked a new era in Bollywood songs that opened doors for present-day-Bollywood.

Also, themes and topics that were often a part of parallel cinema and offbeat cinema started being incorporated in commercial Hindi films. Romantic songs and sad songs became excessively popular with youth. Furthermore, a number of record labels released compilations of Hindi songs that increased music sales considerably. The 90s opened the doors for music director’s wide open. Unlike in previous decades where few music directors got an opportunity to work in Hindi films, the 90s opened up to a new breed of young music directors. The new crop of music directors incorporated a diverse mix of influences from various music genres creating a new identity for Bollywood songs.

The 90s is also remembered as the decade for indipop and item songs gaining momentum. Item songs which have now become an integral part of commercial cinema owe it to the late 80s and 90s. Love songs, sad songs, slow songs and songs about missing someone became epic in movies in the 90s, and the trend continues to this day. Bollywood songs in the 80s and 90s represented India in new light to the world. While Bollywood songs are evolving constantly, there’s no denying the 80s and 90s were the most important decades in the Hindi music industry. 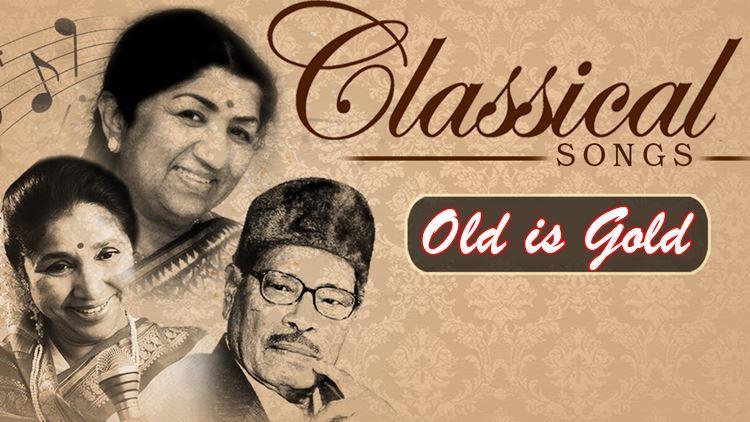 Over the years the Hindi films industry has showcased some incredibly supreme women centric films. This article brings to life a detailed perspective of the best women oriented Bollywood movies.

The repertoire of classics in the Hindi film industry is incomparable. This article showcases a list of best classic Bollywood songs..

While rock songs traditionally are not suited for the dance floor, there are a number of rock songs that unleash the dance moves in you. Here’s a playlist of the best rock dance songs..

Superb collection- For generations born after 1980, the 85-95 period was the Golden Era of music though elders may argue for the older versions. Especially with voices of Kumar Sanu, Alka Yagnik and the continued phase of Latha Mangeshkar with the Young Music directors and different stories and musics contributing to the hit.. i guess majority of the movies now will be known for their music rather than for the story now

Yes, the 80s and 90s were certainly decades that paved a new beginning for songs in Hindi films. And you're right Kumar Sanu and Alka Yagnik amazed audiences with their songs.

Old Hindi Songs give perfect and delicate ecstasy to the listeners. It invigorates the tired senses, strengthen passion and regenerative thoughts. Heart touching and ear soothing sensational old Hindi songs truly gives a feeling of delicate musical variety to the listener to relish out. All types of old songs are being enjoyed by the people like album, ghazal or movie song. No wonder, each of old songs put its own magical impact on listeners.

If you have crave for that era when style and subtlety ruled, and when the renowned musical legends like R D Burman, Mohammad Rafi, Geeta Dutt, Shamshad Begum, Suraiya, Kishore Kumar, Lata Mangeshkar, Asha Bhosle and more ruled, listening old Hindi songs & old Hindi song lyrics are the best medicine for you. Like you’re much-loved does that gets more costly the more you use it, this music is also timeless and gets better with age. Many of the old songs will take you back in time when romance and emotions seeped deep into the lyrics of songs when gullibility ruled and vulgarity wasn’t even born yet.

Old Hindi songs and lyrics are so popular that different age groups in Indian communities love to listen to it. The period from the 1940s to 1960s is considered the “Golden Age” of Hindi Cinema by film critics and historians. Some of the most significantly acclaimed Hindi films and its music of all time were produced during this period. The songs from the 1960s to the 1990s are soul-stirring music which still remains popular today.

Songs for All Moods and Situations

Old Hindi songs accompanied by lyrics and dance have been used for many purposes including heightening a situation, accentuating a mood, commenting on theme and action, providing relief, and serving as interior mood. Different types of old Hindi songs include marriage, birthday, rainy, engagement, festival, friendship, sad, romantic, funny, item, patriotic, devotional, tragic, war, nature, and many more categories to enjoy with.

These songs are not simply entertaining but also have their own vibrations to dazzle the heart of the listeners. The old songs with heart-warming lyrics and melodious rhythm easily intensify human emotions and take them into deep sub-conscious.

Old Hindi songs are like gold coins in the Bollywood industry. When it comes to funny songs and sad songs, they play the opposite role in human life. Funny songs have ear soothing music that helps to relieve stress and tiredness whereas sad songs are soulful and can make anyone think of their sad part of life with emotional words and influencing music.

Romantic and Patriotic Songs hold a rich grip in music and lyrics. Both of these Hindi music forms have their own charm and beauty. Romantic songs brilliantly describe the feeling of love while patriotic songs inspire the feeling of patriotism and light love for the nation.

Like songs, the lyrics of Hindi songs have also been recognized and appreciated. Songs writers including Javed Akhtar, Hasrat Jaipuri, Gulzar, Anand Bakshi, Sameer, and many more have added meaning to one’s life. These songs cover various phases in a life-giving personal touch to the listeners.

Hindi song lyrics composed by the great composers of those times including Naushad and SD Burman working together popular lyricists including Kaifi Azmi, Anand Bakshi, and Sahir Ludhianvi has not only given a meaning to the Indian cinema but also topped up its level. The lyrics of some of the old Hindi songs which will remain evergreen include “chalte chalte mere yeh geet yaad rakhna, kabhi alvida na kehna”, “Ae Mere Watan Ke Logon” and many more.

There is Great Tranquility in Old Hindi Songs