Using the Flash Fox app is the easiest and best way to play Flash games on mobile.

Unfortunately, iOS does not support Flash. Despite this, there are apps in the App Store that you can buy to access Flash on iOS.

Where to find flash games

Miniclip is a website where users can play flash games. It started in the year 2001 and has grown ever since. Tabs for different genres are in place to arrange games. It also has downloadable mobile games. Such mobile games include Plague Inc., Agar.io, and Mini Militia, to name a few. Flash game sites like this are usually pretty old. So, be sure to use a VPN to stay safe while browsing.

Kongregate is another flash game website. Not only that, but users can also have their games put up on the website for other players to play. It has over 110,000 games and more than 30 mobile games. Besides having games to play, Kongregate also publishes games from other developers. The games that users can upload have to be either made with JavaScript, Shockwave, Java, and Unity.

It also has a storefront, Kartridge. It focuses on indie games and users can buy them. Free to play games are also available.

Newgrounds is a user-driven flash website. Like Kongregate, Newgrounds also allows users to upload games for other users to play. Aside from games, other contents are available at Newgrounds. These include Movies, Art, and Audio. These four categories make up the portals where users go for content. Being a user-driven website, the community gives ratings for content. This is for uploaders to put improvements for their future content.

Crazy Monkey is a good website for flash games, despite having limited features. It has a wide catalog of games that users can play at their expense. It also has a flash sponsorship program that helps flash designers. The site releases a newsletter once a month to inform users of anything new, such as games or features.

Y8 Games is a free to play website that has a large catalog of games. It has a lot of genres, such as FPS, Adventure, and Puzzle games, to name a few. Most of the games in Y8 are single-player, but some titles are playable with 2 players.

Gamesbox is another free to play website. It was a sister site of Y8 which is why it looks exactly like with a little difference. Some titles are available with Gamesbox that’s not with Y8, and vice versa. Like Y8, it also has a huge catalog of games. The genre of games found in Gamesbox is very much alike with Y8.

NinjaKiwi is not only a browser game website but also a video game distributor. NinjaKiwi’s games are playable on many platforms, such as PC, iOS, Android, and Steam, to name a few. It started in 2006 and has obtained awards twice for their developed games.

Addicting Games is yet another browser game website. It has lots of games available to play, with genres such as puzzle, adventure, sandbox, and strategy, to name a few. If users can’t think of what to play, they don’t need to worry. Addicting Games has a feature where trending games get featured. That way, users have little to no hard time when deciding what to play.

Armor Games is another good source of Flash games. It has several notable games, such as the Fancy Pants Adventure series and Gemcraft. Games uploaded by developers to the site have each of their own achievements. Game genres include point and click, adventure, and puzzle, to name a few. 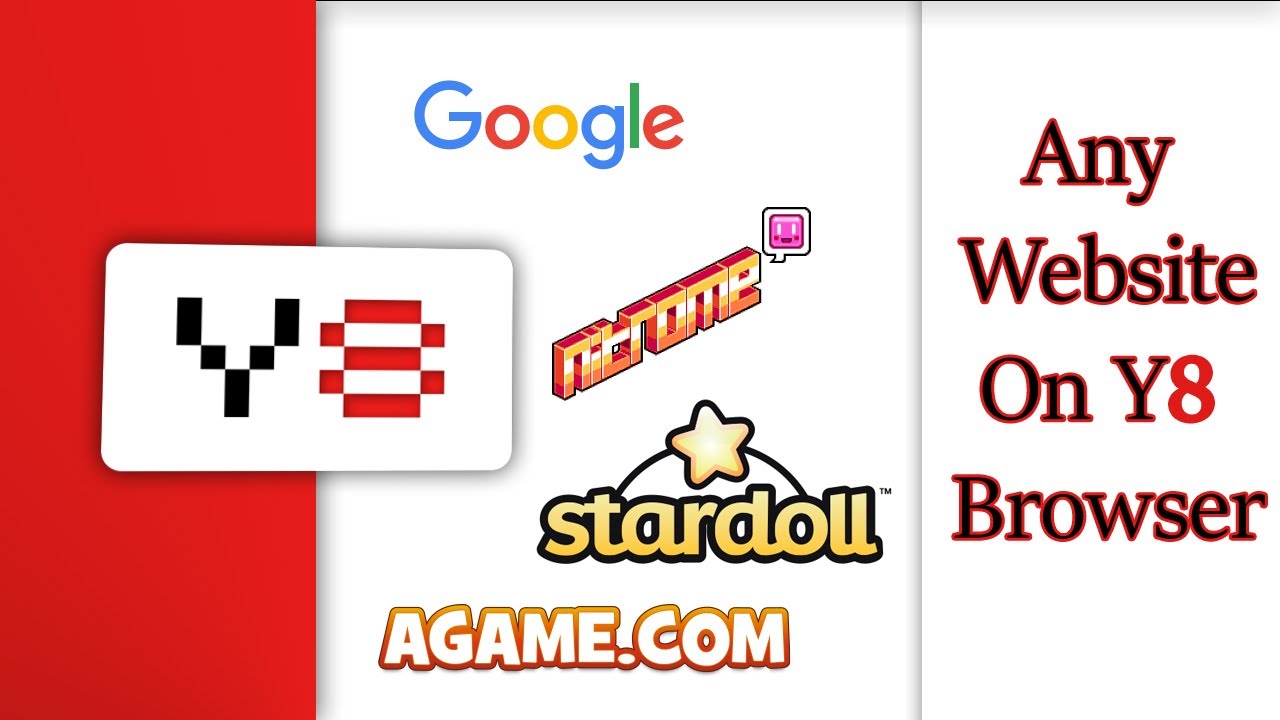 Doom is a well-known game that has made a significant impact on the gaming industry. Whenever the term “FPS” is mentioned, chances are Doom is the first thing that comes to mind. In Doom, you play as Doomguy, a space marine. Doomguy fights his way through hordes of demons that come from Hell. It has expansive levels with lots of obstacles that hinder the player. There are also a lot of weapons, such as guns and a chainsaw.

Super Mario 63 is a fanmade game in the vein of Super Mario 64 in a 2D environment. Being a 2D game, players navigate the same way in the early Mario games. Movements include moving left and right and jumping in a side-scrolling perspective. Like most Super Mario titles, the goal of the game is to rescue Princess Peach. Elements from other Super Mario titles make an appearance in the game as well.

Rogue Soul is a side-scrolling platformer game. In it, players assume the role of the titular character, a ninja who prides himself to be the best. When a rival bandit named Borin Hood rises to the top, Rogue Soul takes it upon himself to reclaim his title. Gameplay mechanics in the game are so fluid that players will not have a hard time playing.

In the game, players assume the role of a frog who protects fruit. The frog protects the fruit from insects using its tongue. As the game goes, players can buy upgrades that will help in their insect-busting.

Electricman 2HS is an action-packed beat ‘em up game. In the game, players play as a stickman figure who has to fight off waves of stickman enemies. Lots of combos can be done and movement is sometimes done in slow motion, which adds to the fun.

In the game, prehistoric extinction is imminent. Players assume the role of a dinosaur running away from the meteor that would kill all life in a flash. You jump over obstacles so that you keep running. In essence, it’s like the dinosaur game in the Google Chrome browser that you can play when there’s no internet.

In the game, you play as a character like Spider-Man. The goal of the game is to cling to the surface using two wires to prevent your character from falling. The only thing you have to do is to get as far as possible.

Final Ninja is a side-scrolling game where players play as the titular ninja. Players go against incoming enemies with different tools and weapons from their arsenal.

Like Doom, Space Invaders also had a significant impact on the gaming industry. Not only that, but it’s also older than Doom and is a staple when it comes to video games. In the game, players kill waves after waves of incoming aliens using a laser beam to earn points.

The series is by NinjaKiwi. As the name implies, the series is a tower defense game. Players prevent balloons (called in-game as “Bloons”) from reaching the end of a course. Players do so by placing traps and obstacles which hinder the balloons. Such methods include gluing and freezing balloons.

Haunt the House is a hilarious horror game with cute aesthetics. In the game, players take the role of a ghost who wants to scare away the inhabitants of a mansion. Players do so by possessing various items in the house. Each house item has a different effect when scaring people.

In the game, players draw lines for a man riding a sled. The course goes as the game goes, letting players be creative when making the sled’s course.

This game lets players live out their god fantasy. In the game, they have the titular “interactive buddy”. They are to grind for cash and will have to use said cash to buy torture devices. These torture devices are usable against the interactive buddy. A hilarious factor is that you can customize your buddy by dressing it up in different skins, such as Bill Gates.

Warfare 1917 is a strategy game set in World War I. It has two campaigns, which are the British and German forces. Players are to use infantry, defense, and a clever strategy to overpower the enemy.

Software that can run Flash

Vectorian Giotto is one software that can run Flash. Not only that, but you can also make flash media with it. If ever you’re having difficulty with codes, Vectorian Giotto is one software to use. It makes coding easier compared to Flash, where coding is a little more complicated. As it’s easier to use than Flash, users are more to enjoy the creative process with creative freedom. Even if users experience difficulty, a manual is available for users so that they won’t get lost. It also has animation textures that are available for use. Vectorian Giotto is available on Windows.

Adobe Flash is the premier software when it comes to Flash media. It started 25 years ago and has since dominated Flash creation. With Flash, users can make animation, video, and graphics. It can stream audio and video as well. Flash animation works best with Adobe Animate, another software for 2D animation. Flash is where the different file formats discussed earlier are put to work. ActionScript is the language used by Flash. Flash is available on different platforms, such as Windows, macOS, iOS, and Android. Unfortunately, Adobe will stop Flash support at the end of 2020.

Flash games have started since the dawn of the internet, and will not leave any time soon. They stem from nostalgia, dating back to a time where a lot of us don’t know much about gaming in general. Flash games have been there for us and is a favorite pastime enjoyed by many.

Downloading Flash games is a benefit as well. When you have a Flash game at your disposal, you can play it anytime. It works well with mobile devices because you can play not only anytime, but also anywhere. Flash games are playable on almost any platform, be it PC or mobile. In the end, what should matter is that we enjoy the flash games we play.

And that’s it, a guide to downloading flash games. Not only downloading itself, but the process across different platforms are also discussed. Flash games are playable on PC or mobile, so it should not be a problem as there are ways to play on different platforms. Flash support is about to end, but the games themselves are definitely here to stay. In the end, satisfaction from the games we play is what matters. Happy downloading and enjoy your games.