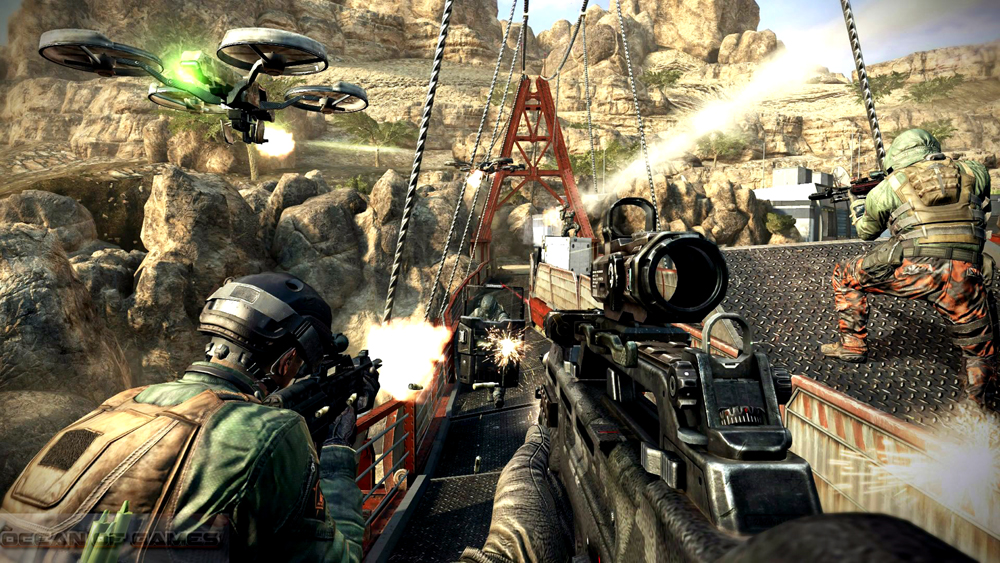 As a massive and I mean a massive fan of the series, I was so excited when Call Of Duty: Black Ops 3 was first announced. You could argue that Black Ops III never really did anything radically new, but I still think this is a fantastic addition to the series. So much so that I have it for PC and Xbox One! This is a great COD game and one that you are always guaranteed to have a great time with. 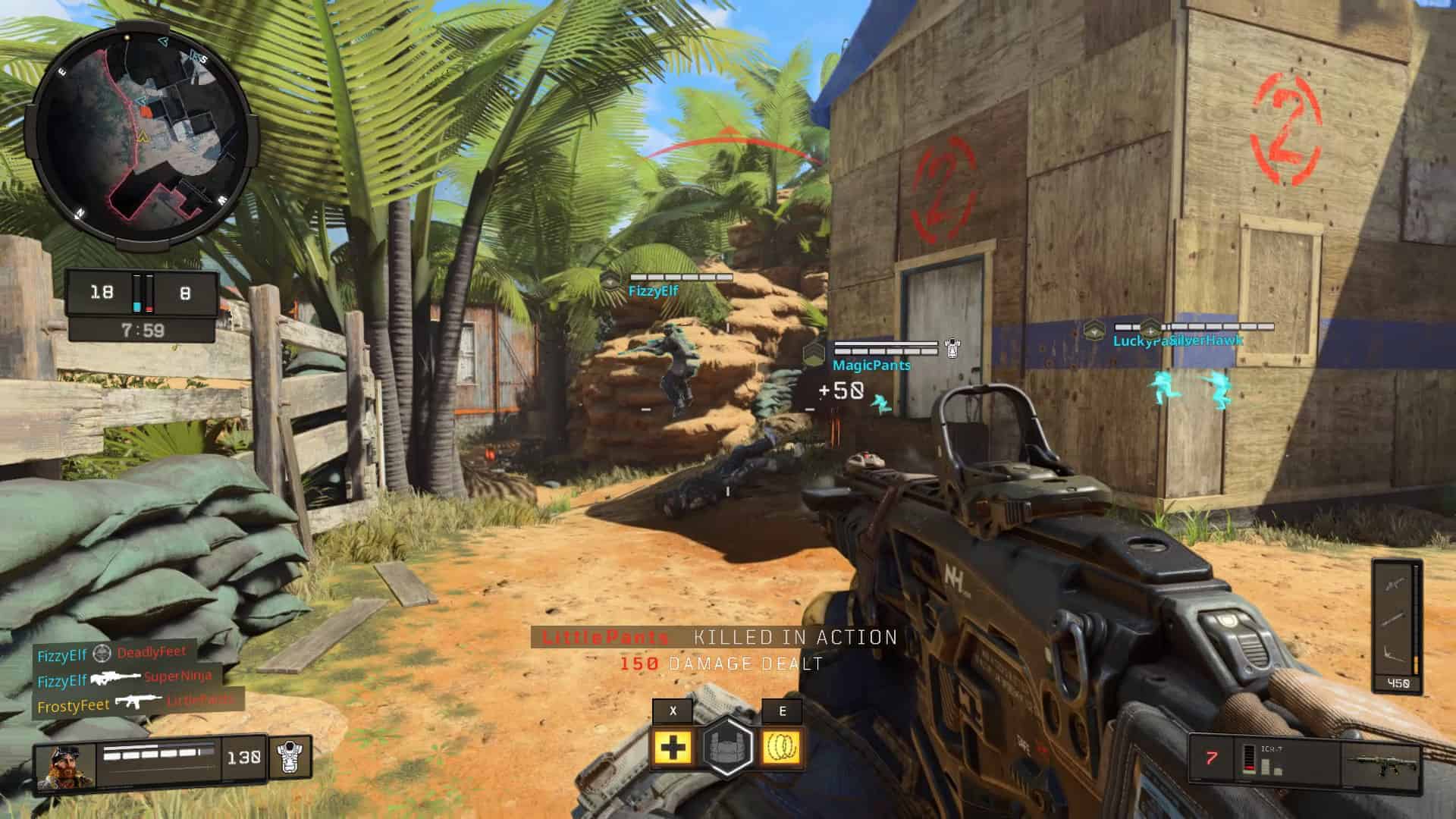 The first thing I want to talk about is multiplayer. This is what you would expect from a Call of Duty game and it has all the game modes and tons of awesome maps. One thing that Call Of Duty: Black Ops 3 did bring to the table was the specialists. As you would expect, you have your loadout that you can customize to your liking, but the specialist adds another dimension to gameplay.

When you pick your specialist, you can decide to have an extra powerful weapon or use their special ability. Each character has their own special ability and it is down to you what you want. I liked this and found that it gave the character you played as more personality. I always had a great time playing this online. While it is always best to play with people you know, I always had a good time even if I was playing random matches with folks I did not know. One extra thing I want to mention is the maps, this game has some of the best maps in the series history!

Zombies mode in Call Of Duty: Black Ops 3 is just tons of fun. I had a great time with the strange setting and the Lovecraftian style features of it all. Once again, you are in a fight for survival from hordes of the undead. It is very well done, has a lot of polish to it, and as always working with your teammates is key to surviving the attacks of the undead. Unlocking doors, buying weapons, discovering hidden stuff, and helping teammates ensure that you always have something to all the while trying to kill as many zombies as you can.

I do not care what anyone says, the COD series has had some truly amazing campaigns to enjoy over the years and I certainly enjoyed playing through the Call Of Duty: Black Ops 3 campaign. This game is set many years after the last game so technologically has advanced greatly and so has the results of climate change on the world. It makes for a rather grim, but interesting setting.

The presentation is fantastic and once again feels like you are playing through an action-packed movie. The designed the campaign with playing with friends in mind, but I preferred to play it on my own. The campaign is more of a getting from point a to point b, but I had fun with it. There are some great set pieces and there is a nice sense of progression thanks to the token system that allows you to upgrade as you play. 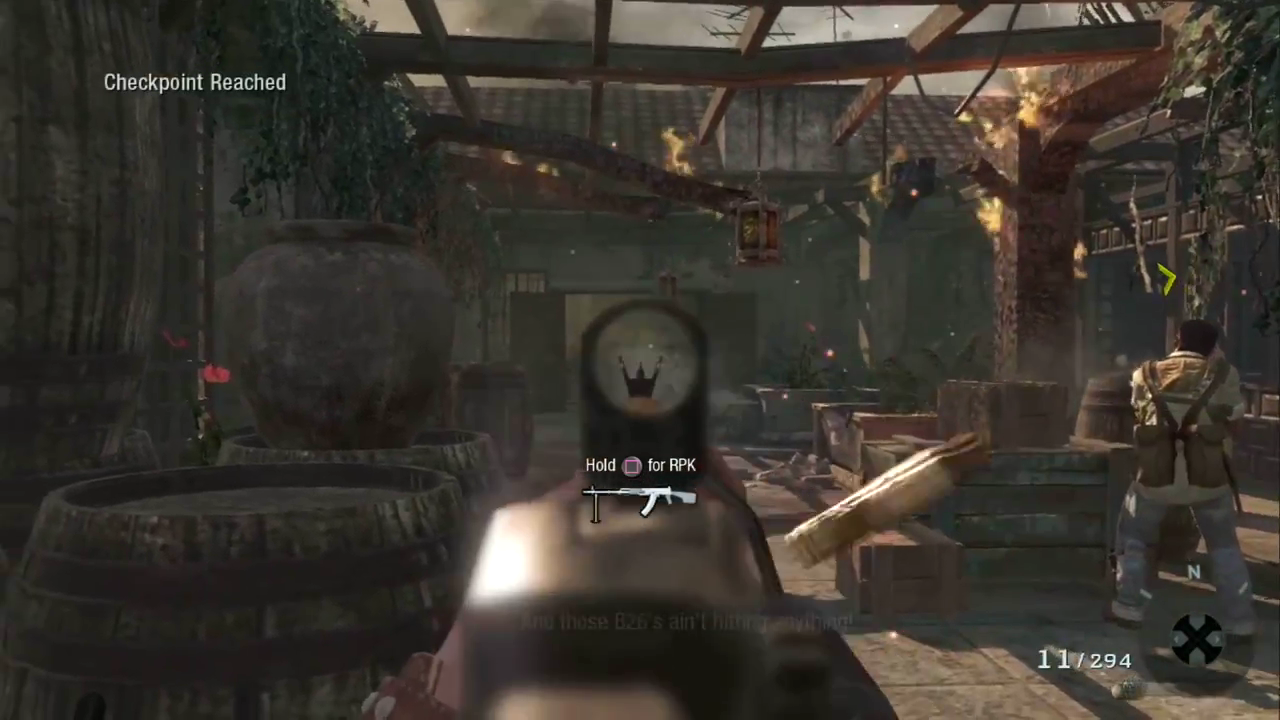 I really enjoyed Call Of Duty: Black Ops 3 and think that it holds up very, very well. I do not think that it would make my top five COD games, but it is a damn fine game in its own right. The multiplayer is a ton of fun and it features one of the most awesome Zombie modes of any Call of Duty game. Actually, if I had to recommend just one mode to play it probably would-be Zombies. If you like shooters and you like COD, you cannot go wrong with firing this game up.